Eritrea Sovereignty, a Struggle and Survival: A State of Cultural diversity (Paperback) 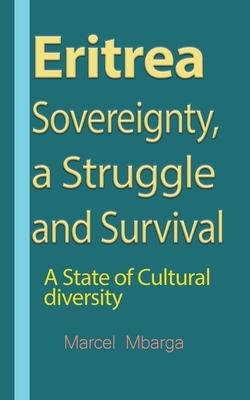 Eritrea Sovereignty, a Struggle and Survival: A State of Cultural diversity (Paperback)

Eritrea Sovereignty, a Struggle and Survival. A State of Cultural diversity Eritrea History Political, Military and Cultural Book. The Eritrean people resort to armed struggle mainly because all efforts made to gain its independence through peaceful means were exhausted. And the armed struggle for independence continued until the Eritrean people gained its independence and be able to decide its state of affairs by its own. That, however, does not mean that no efforts have been made to resolve its state of affairs through peaceful means. It has been pushing rigorously for peaceful solution for it knows that a lot could be gained from that. The EPLF's bidding for peace emanates from this perception. And it made different contacts in several places with the Dergue regime in a bid to resolve the Eritrean issue through peaceful means. The contacts made in East Germany and in other European countries attest to the efforts made. The referendum proposal presented by the EPLF in 1980 also demonstrates how much the front was ready for peaceful solution. Many peace loving nations and organizations have demonstrated their support. It still stand firm in its stance and that has been practically demonstrated in 1993.