The Covers Are Off: Civil War at Lord's (Paperback) 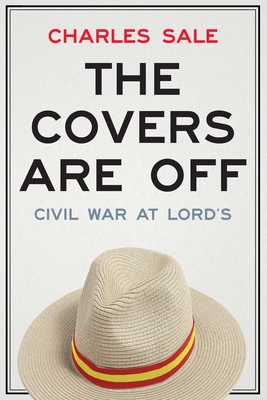 The Covers Are Off: Civil War at Lord's (Paperback)


Available in Warehouse. Wait for Email Confirmation for ETA
This book cannot be returned, cancelled, or exchanged. Please call for availability and pricing
The last two decades have seen a civil war inside MCC over the future of Lord's, though the club's membership have largely been kept in the dark. On the one side, the MCC establishment; on the other, the property developer Charles Rifkind, who bought the rights to develop the railway tunnels under the ground's Nursery End from under the noses of MCC. Rifkind's audacious purchase led to two decades of frustration, as MCC rebuffed his attempts to bring the 'Home of Cricket' into the twenty-first century. It is a saga that saw the cricketing establishment take sides in an increasingly acrimonious conflict, which played out in furious debates behind the closed Grace Gates. With a cast list that includes a former prime minister, several England Test captains, leaders of finance and industry and committed agitators amongst the MCC membership, The Covers Are Off reveals a bitter struggle between the guardians of tradition and a new order intent on change.