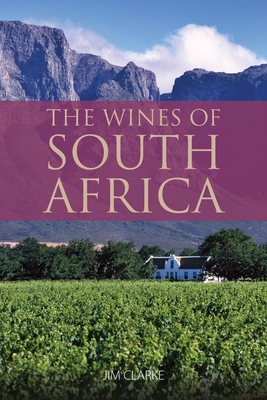 Within a few years of establishing a Dutch settlement in the Western Cape in 1652, the new inhabitants had begun to make wine to fortify crews sailing from Europe to the colonies in East Asia via the Cape. Just a century later, South Africa was producing wines of repute, with those made at Constantia favoured by both Napoleon and his great rival the Duke of Wellington. Since then, both disease and political upheavals have seen South Africa's wine industry suffer and recover several times. The modern industry was born with the end of apartheid, and has been marked by repeated waves of innovation, transformation, and ambition.

Jim Clarke has been following South Africa's wine industry intently over the last 15 years. He begins The wines of South Africa by addressing the country's history, with its pioneering spirit entwined with a legacy of colonialism and slavery. Clarke goes on to discuss the efforts being made by the wine business to address the issue of racial inequality, with education programmes, worker empowerment initiatives, and land restitution all being employed to create opportunity and redress the balance. He also focuses on issues of climate and industry structure that provide challenges for the country's wine producers.

Clarke gives readers a comprehensive insight into the landscape, geology and climate that help create South Africa's wines, noting the growth of terroir-driven, expressive wines that today define the top-end of quality and character. Since the end of apartheid, vineyard plantings have changed dramatically, and a chapter on the key grapes outlines the current range of varieties and their typical expression in the Cape. Finally, each region is explored in detail, with key producers, both big names and new innovators, profiled. Altogether, this thorough exploration of the fascinating story of South African wine is an invaluable guide to a wine country that is going from strength to strength.