Europe, An Empire of 400 Million (Paperback) 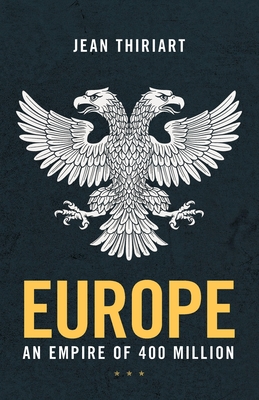 Europe, An Empire of 400 Million (Paperback)

Jean Thiriart was a true prophet of the coming age of empires and continental multipolarity. He foreshadowed a conservative European Union by decades, arguing that such a supranational organization would be necessary to crush outmoded nationalisms, which only lead to disunity and eventual fratricidal slaughter. Needless intra-European competition will only ensure the defeat of all Europeans, in competition with the scheming Americans and the multiplying Asiatics, on the world stage. Only a unitarian Europe, bonded by a common heritage and a truly Faustian goal, is a strong and defensive Europe

He envisioned the age-old dream of a Magna Europa, stretching from Brest to Bucharest, at that time in collaboration with the Soviets in the East and in opposition to the Americans in the West. His Europe would be a marriage of the technological West with the resource-rich East, leading to an unchallenged hyperpower status, unbeatable and invincible - a beacon of the only worthy civilization radiating its glory all across the globe, elevating itself and mankind with it.