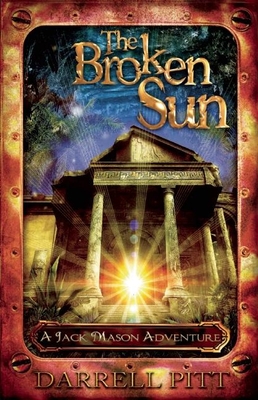 This third installment of the Jack Mason Adventures is jam-packed with everything I've come to love about the series. There's a fantastic mix of mystery, eccentricity, and lint covered pocket cheese . . . my favourite book of the series so far.--Fictional Thoughts

When an artifact linked to the lost city of Atlantis is stolen, Jack, Scarlet and Mr. Doyle must scour Europe to find it. But just as it's within reach, their beloved secretary is poisoned. In their race to find the antidote, the team uncovers a plan to attack Parliament. Then there's the discovery that Mr Doyle's long-dead son might be alive . . .

Darrell Pitt's lifelong appreciation of Victorian literature began when he read the Sherlock Holmes stories as a child, before expanding his reading to include H.G. Wells and Jules Verne. This led to a love of comics, science fiction and all things geeky. Darrell is now married with a daughter.