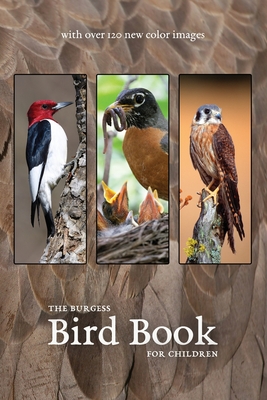 Join Peter Rabbit as he meets and learns about North American birds in Old Mother Nature's classroom. Discover birds, both great and small, from the Starling to the Eagle, the Bluebird to the Goose, the Hummingbird to the Owl, and so many more. No matter where you're from, the descriptive text and beautiful photographs will introduce you to North America's wonderful and diverse birdlife.

Since its release in 1919, the Burgess Bird Book for Children has delighted readers of all ages. This new release presents the original text, complete and unabridged, along with over 130 new color images allowing the reader to get closer to the subject than ever before. Also included are the scientific names of the animals described and as relevant page references from our color editions of The Handbook of Nature Study.

Keep a lookout for the other books in the Burgess series, also full of new color images, only from Living Book Press.