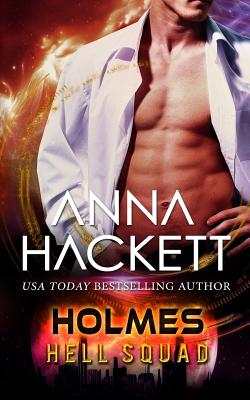 
Available in Warehouse. Wait for Email Confirmation for ETA
This book cannot be returned, cancelled, or exchanged. Please call for availability and pricing
In the aftermath of a deadly alien invasion, a band of survivors fights on... General Adam Holmes' life is dedicated to keeping his small band of survivors alive. On the run, with only Hell Squad and the other soldiers for protection, they are making their last dangerous drive to the secret stronghold of the Enclave. But there are a lot of aliens between them and their destination, and the survivors are tired, worn, and at the end of their limits. Adam feels the pressure dragging him down, but as their leader, he can't be their friend and he can't dump his burden on anyone else. Long before the alien invasion, Liberty Lawler survived her own personal hell. Since then, she's vowed to enjoy everything life has to offer and she's managed to do that, even in the middle of an apocalypse. She does what she can to help the survivors in her convoy, but one man holds himself apart, working tirelessly for them all. Liberty can see Adam is at his breaking point and she vows to tear through his rigid control and save him from himself. But the aliens are throwing everything they have at the humans, trying to stop them from reaching the Enclave. Adam will find his resolve tested and the pressure higher than ever. But it will be one beautiful woman--one who won't take no for an answer and who worms under his skin--who can save them all and give him the strength to go on.