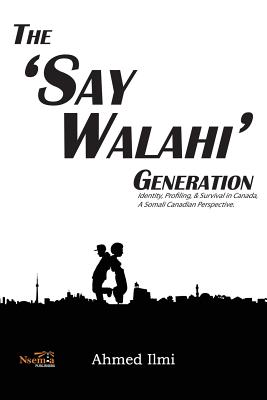 Minority groups' integration into societies has been a challenge through time immemorial. This is the case, more so, when such minorities happen to be new immigrants. The situation can be even more complicated for children of immigrations who are usually caught between their parents who may not have fully transitioned into the new society and the new society in which they live. This is further aggravated where language may be a barrier, which results in ineffective communication as in the case of school-going children, their parents and teachers. Systemic racial discrimination further confounds the integration.

This book is one Ahmed Ilmi's journey, experiences and lessons for, especially, Somali youth in North America and Europe.

"In this very powerful decolonizing work, Ahmed Ilmi has given voice to his own story which is the story of the Somali people in Canada. With great respect he connects the Indigenous African Somali wisdom with the stories of the youth in present times while not allowing us to be silent about racism in Canada. This is a must read book." " - Dr. Devi Dee Mucina, Mount Saint Vincent University "

" "The 'Say Walahi' Generation - Identity, Profiling, Tradition & Survival from a Somali Canadian Perspective " is a counter narrative story told from an African Indigenous perspective and in particular from dhaqan Somali philosophy. ILmi illustrates in this book that it is possible to overcome the challenges that Black youth of Somali descent face, especially when one holds on to their ancestral identity and culture. Say-walahi generation, as Ilmi calls it in his book, is a unique group of young people who are socialized through their African culture and more specifically Somali ways of knowing. By situating his argument within the dhaqan philosophy, Ilmi demonstrates the importance of revisiting one's past and embracing it. This is a must read book for all educators who are engaged in the cultural/self-recovery of their past and of those they are responsible for." " - Prof Njoki Wane, PhD, University of Toronto "

"Ahmed Ilmi's book draws on lived experiences, history, media, literature and theory to examine issues of identity and specifically identity as it pertains to Somali youth in Canada. He reveals the implications of stereotypical representations of Somali youth in that society and the effect it has on identity formation of these young people. Ahmed takes us on a personal journey that attests to the impact different indigenous ways of living, particularly Somali " dhaqan " has on self-decolonization and reclamation, and one's eventual identity formation. This text is a welcome contribution to the much needed body of literature on the Somali Diaspora." " -- Bathseba Opini, PhD, Department of Educational Studies, University of British Columbia