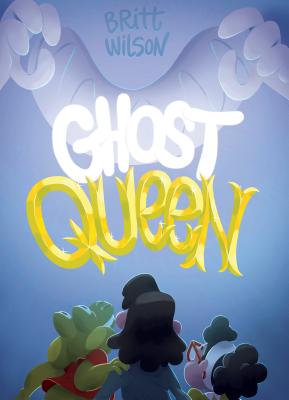 
This title is likely unavailable. Email or call for price and availability.
Luey, Miri and Phil don't need a babysitter, but they might need an exorcist. With dad out of town and mom hosting an emergency yoga retreat everything was junk food and scary movies until the ghosts popped up. Now it's up to the kids to banish the banshees. Britt Wilson presents another rollicking romp in this fun-filled phantasmagorical fantasy.
Britt Wilson is an illustrator, cartoonist and letterer, living in Toronto, ON with her husband, toddler and two cats. Her lettering on the miniseries Fionna and Cake (Boom! Studios) was nominated for both a Harvey and an Eisner award. Her first book from Elsewhere, Cat Dad, King of the Goblins was published in 2014.