B, Book, and Me (Paperback) 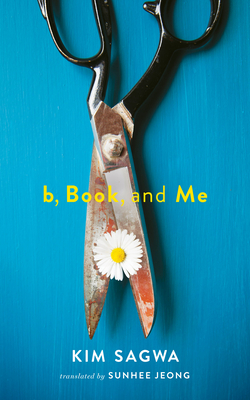 B, Book, and Me (Paperback)

Best friends b and Rang are all each other have. Their parents are absent, their teachers avert their eyes when they walk by. Everyone else in town acts like they live in Seoul even though it's painfully obvious they don't. When Rang begins to be bullied horribly by the boys in baseball hats, b fends them off. But one day Rang unintentionally tells the whole class about b's dying sister and how her family is poor, and each of them finds herself desperately alone. The only place they can reclaim themselves, and perhaps each other, is beyond the part of town where lunatics live--the End.

In a piercing, heartbreaking, and astonishingly honest voice, Kim Sagwa's b, Book, and Me walks the precipice between youth and adulthood, reminding us how perilous the edge can be.

KIM SAGWA is one of South Korea's most acclaimed young writers. She is the author of several novels, including Mina, published by Two Lines Press in 2018, story collections, and works of nonfiction, and has been shortlisted for several major South Korean awards, including the Munji Prize and the Young Writers Award. She lives in New York City.