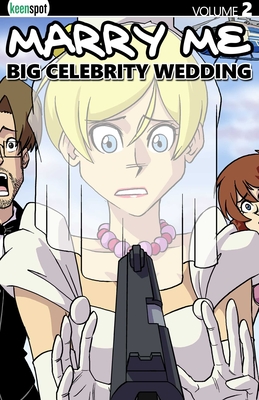 After a random guy’s unwitting marriage proposal was accepted by a world-famous pop star, he was sure his life couldn't get any crazier. But when they decide to tie the knot again with a splashy "Big Celebrity Wedding," he's almost immediately proven wrong. You are cordially invited to the wedding event of the century, where you'll enjoy seeing cakes demolished by an idiot ex-boyfriend, criminally insane relatives, and the unbridled fury of an obsessed fan. This volume collects Marry Me #6-10.