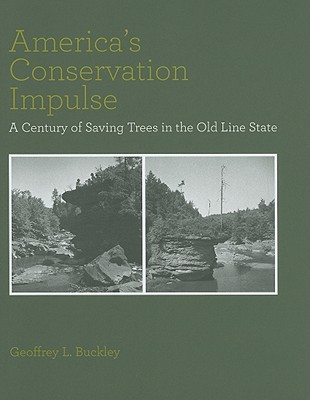 In 2006, conservationists everywhere celebrated the 100th anniversary of professional forestry in Maryland, the Old Line State. Under the leadership of Fred Wilson Besley, Maryland's first and the nation's third state forester, scientific forest management and the larger conservation impulse became firmly ensconced. A protege of America's most famous forester, Gifford Pinchot, Besley moved aggressively to implement pioneering scientific and conservation practices that are commonplace today. Besley helped to stem the tide of forest loss from excessive logging and rampant fire, he started a state forest nursery and launched a program to reforest thousands of acres of "wasteland" along utilitarian principles, and, perhaps his greatest legacy, he built an exemplary system of state forest reserves that today form the nucleus of Maryland's network of public lands. Although more than fifty years have passed since Besley's death, his legacy as a pioneer in conservation and forestry science lives on.

Less well known to environmental historians is the city of Baltimore's extensive experience with professional forestry during the past century, a movement and legacy that is ongoing today. Recently, for example, city officials announced plans to double Baltimore's tree canopy--the total area covered by leaves--in the next thirty years. It is an ambitious goal for a city that, for decades, has been removing more trees than it has been planting, because of pollution, neglect, and lack of funding.

America's Conservation Impulse: A Century of Saving Trees in the Old Line State explores the roots and early history of professional forest management in Maryland and in Baltimore and how that history coincides with America's larger conservation impulse. Many of the ideas that began here gained regional and national attention. The book also examines the unique challenges that resource managers and citizens alike have faced in the past and must confront in the future--in Maryland and across America --if we are to secure the survival of our forest heritage. "As we look ahead to the next 100 years," concludes author Geoffrey L. Buckley, "it is imperative that we recognize the impact that our resource management decisions, land-use practices, and lifestyle choices have on our forest resources. Only then can we begin to plan more wisely for the future."

Geoffrey L. Buckley is Associate Professor of Geography at Ohio University and the author of Extracting Appalachia: Images of the Consolidation Coal Company, 1910-1945.