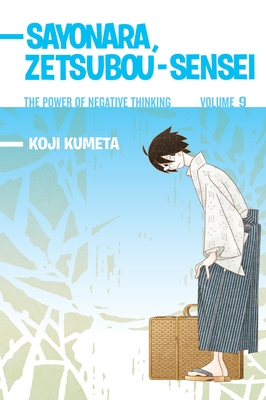 This is book number 9 in the Sayonara, Zetsubou-Sensei series.

Have you ever noticed the “reverse-boy-who-cried-wolf” phenomenon, where normally serious people tell jokes and nobody gets them?  Are recent fashion trends in Japan sophisticated artistic expression, or just gaudy over-decoration?  In volume 9, Zetsubou-sensei loses his job, his freedom, and… his glasses!?  And to top it off, the students of class 2-F are informed that they will all be held back in the eleventh grade… again.