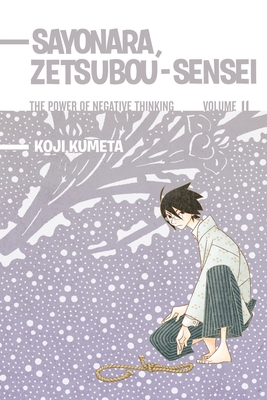 This is book number 11 in the Sayonara, Zetsubou-Sensei series.

SPRINGING INTO A SUMMER OF SELF-DISCOVERY

It's spring in volume 11, and Zetsubou-sensei and the students master the art of detuning; that is, purposefully inhibiting he performance of something. Then, during summer vacation, they go on journeys of self-discovery, confront a mob of zealous over-preotectors, and dodge spy accusations ont he beach. Finally, back in the classroom, they are caught off-guard by surprise inspections masterminded by Zetsubou-sensei and Chiri Kitsu!