that's what you get (Paperback) 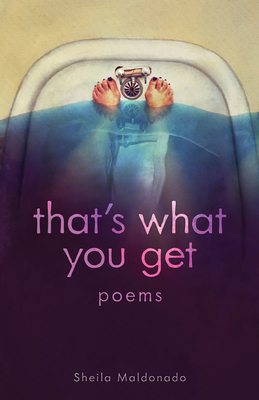 that's what you get (Paperback)

"Maldonado thrills with the contradictions in New York City life, where the people, in mourning over another victim of police brutality, can take over a plaza named to honor a colonizer; where the laundromat offers communion and the subway a site for Emersonian contemplation; where laying on your couch very well may be the ultimate act of resistance; where you could be a Central American Quaker in a Caribbean borough grooving to an Icelandic dance queen's DJing. Spunk, grit, the real deal, that's what you get here." -Mónica de la Torre