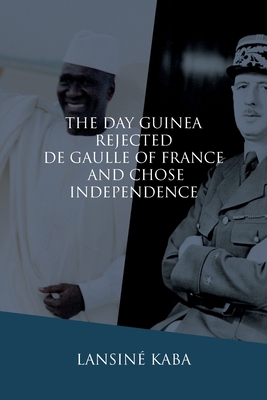 The Guinea of S kou Tour entered modern history as an independent African nation on September 28, 1958 with a resounding "No" to the French community proposed by General Charles de Gaulle. This was one of the signature moments in the history of French decolonization in Africa and of the African independence movement writ large. The myth of S kou Tour -meaning the transformation of his image into that of the bard and symbol of African dignity, and even of a great leader of the Third World-was born at that precise moment. Buy why did Guinea reject General de Gaulle's 1958 project of a French-African community and chose independence instead? S kou Tour thought only free peoples were capable of assuming their destiny and had articulated a bold plan for an independent Guinea: liberate political detainees; abolish traditional chieftaincy; recruit through competitive examination of new administrative agents; increase salaries and family allowances; reduce personal tax; defend women's rights and reduce the price of dowries; encourage female education; eliminate the monopoly on rice held by the large companies; create stabilization fund for crops such as bananas, coffee, and cocoa; and deregulate the diamond-mining industry. Though the Guinean leader was experienced in politics, perhaps he misjudged the internal situation of France, its obligations in the face of international appetites in the delicate period of decolonization, and the capacities of independent Guinea. Professor Lansin Kaba, a Guinean historian, recounts in this work not only the events which led to the negative vote and that which followed it, but also, with hindsight, a real retrospective in light of burning questions about leadership, the use of power, the duty of remembrance and unity, the democratic choice and the future of Guinea facing the challenges of the 21st century.