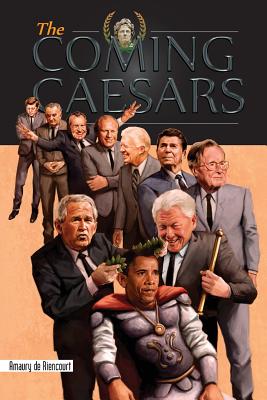 
Available in Warehouse. Wait for Email Confirmation for ETA
This book cannot be returned, cancelled, or exchanged. Please call for availability and pricing
Few Americans see the US presidents and the presidency outside of a sentimental idealism. Amaury de Riencourt, an author of more than eight books who lectured extensively in the US in the 1950s, pulls out all the stops to reveal the essence of the U.S. Presidency in this volume. Originally published in 1957, The Coming Caesars, was well-received being featured in publications like Foreign Affairs, The New Yorker and Harper's magazine. Now, with a new Introduction, a private letter to the author from a high Pakistani official from 2002, new endorsements, additional quotes and a new typeset design; a new generation can gain a better understand what is happening in the United States than is being told them. Caesarism in the presidency is much more of a threat today than ever before. This book will show why.