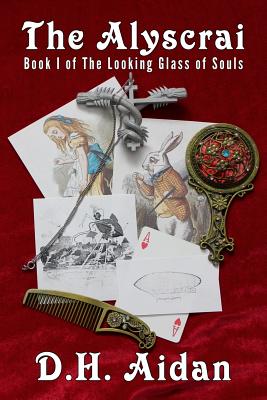 In the California of an alternate 1898, Alysseren, a sixteen-year-old missionary, matches people with tochtin-lemur-like familiars who convert their hosts to the church of the Queen of Heaven. When she is admitted to the adult congregation, the bloody secret of the High Service shakes her faith.

At the same time, she meets two intriguing young men who vie for her favor-the handsome priest assigned to prepare her for the next High Service and a dashing Mayan amnesiac-and uncovers a conspiracy among the tochtin to use their human hosts as weapons against the Queen.

Determined to save both the tochtin and the people they control, Alysseren navigates a land infested with towering, steam-powered war machines and the attentions of her new companions as she tries to stop the rebellion. But every step leads inexorably to a collision with the Queen, and a terrible choice: sacrifice her beloved tochtin ... or herself.

What might have happened had H. G. Wells met Lewis Carroll at Jules Vern's salon, The Alyscrai is a rhapsody on Alice in Wonderland and War of the Worlds, masquerading as a steampunk adventure for young adults.