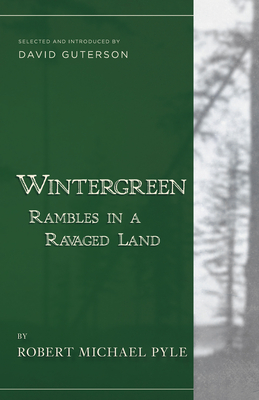 
Backordered - ETA Unknown
In the Willapa Hills of southwest Washington, both the human community and the forest community are threatened with extinction. Virtually every acre of the hills has been logged, often repeatedly, in the past hundred years, endangering both the land and the people, leaving dying towns as well as a devastated ecosystem. Weaving vivid portraits of the place and its inhabitants—animal, plant, and human—with the story of his own love affair with the hills, Robert Michael Pyle has written a book so even–handed in its passion that it has been celebrated by those who make their living with a chain saw as well as by environmentalists. As he writes, 'My sympathies lie with the people and the woods, but not with the companies that have used them both with equal disregard.

In his vivid portrayal of the land, plants, people and animals of the Willapa Hills of Washington State, Bob Pyle makes the modest patch of land he writes about a metaphor for the world.
Robert Michael Pyle is the author of fourteen books, including Sky Time in Gray's River, Chasing Monarchs, Where Bigfoot Walks, and Wintergreen, which won the John Burroughs Medal. A Yale–trained ecologist and a Guggenheim fellow, he is a full–time writer living in southwestern Washington.
"Pyle looks past the stumps and clear cuts to rediscover the essence of the Willapa Hills. Even though scarred from decades of logging this terrain is still a wilderness. The author puts the pieces together to create an example of nature trying to survive."—Krist Novoselic, former bassist of Nirvana

"Pyle shows himself here to be a cunning essayist who is able to bring to life a region little known . . . a love song to an overlooked––and overworked––land." Kirkus 1/5/87

"Pyle has created a collection of vividly responsive observations and speculations about the diversity and requirements of life, from butterflies to bears" Library Journal 2/1/87

Not just a classic of Northwest nature writing and literature, Wintergreen is a book that transcends the wounded Willapa Hills where it is set and becomes a meditation on the relationship of all people to all places. —William Dietrich