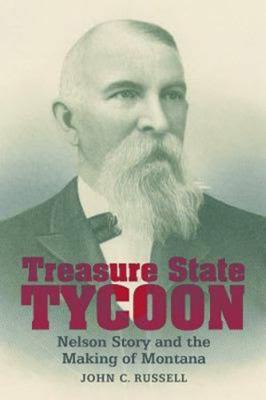 Treasure State Tycoon recounts the remarkable life of Nelson G. Story, a colorful and contradictory figure whose influence on Montana's development was profound and rivaled by few others in its history. After striking it rich in gold fields of Alder Gulch, Story drove the first herd of cattle from Texas to the territory that would become the Treasure State and went on to build a commercial empire of diverse interests, the success of which relied both on his determination and ingenuity as well as his penchant for fraud and deceit. Story's reputation for ruthlessness in both personal and professional conduct was well earned, but he was also a generous philanthropist, supporting local churches, schools, and other civic improvements. He tirelessly promoted the upstart community of Bozeman, playing a central role in the establishment of the Montana State College of Mechanical and Agricultural Arts""today's Montana State University. Like other political and business leaders of his time, Nelson Story left behind a legacy rife with paradoxes that gave shape to life in Montana and continues to resonate in the contested mythology of the American West.

A graduate of the history department at Montana State University, John C. Russell is the former director of the Gallatin Historical Society in Bozeman.