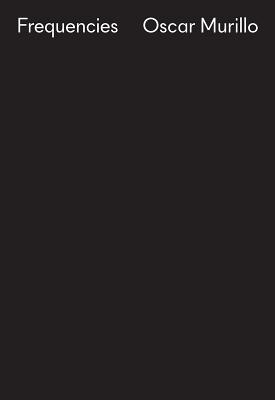 Known for his large-scale paintings, Oscar Murillo's expanding practice, which includes performance, sculpture, installation, and video, has helped define him as one of the most dynamic artists of his generation.

Local in his interest in community and family, but global in his approach to art making, Murillo's creative explorations present us with some of the most pressing questions facing us today: how do communities define themselves, and how can a single individual—an artist—help facilitate communication between them and the larger world?

Frequencies is a long-term project conceived in collaboration with writer Clara Dublanc that begins to offer answers to these questions through painting and drawing. In 2013, Murillo began sending squares of raw canvas to selected schools in over twenty countries around the world, with the sole requirement that they be affixed to desks and illustrated by students. The canvases would stay there for a year and then be re-collected by the artist. Within weeks of their arrival, children from places as disparate as China and Slovenia began to draw, paint, write, and communicate, creating documents of their social and educational experiences. Frequencies catalogues the first year of Murillo's exploration, with intimate photographs of the participants and the project's myriad steps—the arrival of canvases to different schools, the process of wrapping desks, the students at work, and the final products. Designed by OMO Creates in close collaboration with the artist, the book not only brings together a vast amount of material now collected in the eponymous archive, with over six hundred pages of detailed spreads, but is itself an extension of the project—an ongoing catalogue that charts the creation of artworks as a communal and global endeavor.

Oscar Murillo’s practice is closely connected to a notion of community stemming from his cross-cultural ties to diverse cities and places in which he travels and works, and Colombia, where he was born in 1986. He addresses the conditions of display in the contemporary art world by engaging with a series of opposites—including work and play, production and consumption, and originality and appropriation. Murillo is widely recognized for his large-scale paintings that imply action, performance, and chaos, but are in fact methodically composed of rough-hewn, stitched canvases, which often incorporate fragments of text as well as studio debris such as dirt and dust. His works and projects have been the subject of solo exhibitions at prominent institutions worldwide.

Belisario Caicedo was born in La Paila, Colombia. He worked for several years as a mechanic at Riopaila, a sugar cane factory. In 1996 Belisario migrated to London with his family where he has been living since. He worked many years in the cleaning industry and now works with Clara Dublanc and his wife in production on Frequencies. He is the father of Oscar Murillo and Zaira Caicedo and is married to Maria Virgelina Murillo.

Clara Dublanc is a producer and writer specializing in projects that relate to migrants rights. Dublanc was born in Argentina, raised in Chile, studied in Italy and worked in a number of countries including France, the United States and the United Kingdom. She has a double degree in Literature from the Universities of Bologna and Haute-Alsace, and a Masters in International Relations between Europe and Latin America, also from the University of Bologna. A migrant herself for almost her entire life, she has specialized in European immigration and integration policies researching the changes in national identities within a global society. In 2014 Clara founded Itinerant Works, with the aim to produce high quality projects through the collaboration of social and political activism and the creative industry. She leads all youth programs at the NGO Migrants’ Rights Network and has been collaborating with Oscar Murillo since 2013. She is currently leading the production of Frequencies. In 2013 the South London Gallery published a book on Oscar Murillo with Dublanc’s essay “Us, them and the In Between: Migrants hidden identities”.

“Love notes next to abstract images, pop references next to palimpsests so dense they can hardly be read. At times, the canvases look subtle and sophisticated, at others simple and innocent. Together, they present us with a vivid and mysterious visual map of student experiences around the world.”
— Lucas Zwirner

“The children’s mark-making reveals fascinating traces of language, different materials, popular imagery and social interests, and cultural differences across the world. The process enables pupils to voice their creativity through art making that is free from censorship.”
— University of Cambridge Museums & Botanic Garden

“A global initiative attempting to cover school desktops into canvases to encourage children to paint on them, effectively creating one large, internationally scattered work.”
— Staff