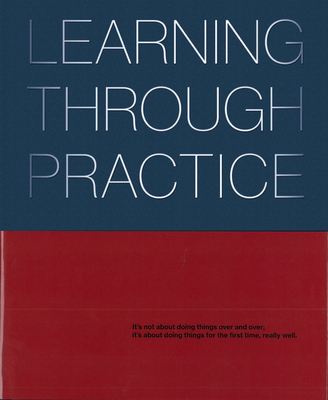 
Available in Warehouse. Wait for Email Confirmation for ETA
Learning Through Practice demonstrates how architects learn by practicing and by designing ... not just by solving problems, but by changing the problems themselves. For 30 years, architect Rob Rogers has explored the edges of architecture and the places between various disciplines: the spaces where architecture, landscapes and the civic realm converge. Designing in cities around the country, his firm, ROGERS PARTNERS Architects+Urban Designers, creates work that is built on solid research, analysis, discovery, and shared experience. Through the various lenses of sixteen different projects, analyzed in twenty-two case studies, Learning Through Practice explores ideas fundamental to Rogers' practice of architecture. With contributing editor, Isabelle Moutaud, Rogers deftly navigates the reader through six principles that have guided his approach to designing engaging 21st-century environments: the impact of small things, delight, authenticity, what you don't see, open spaces, and the impact of big things. A premise on 21st-century architectural practice, Rogers unfolds, layer by layer, the architectural and civic projects based on these principles. Featured projects include a park and pavilion on the National Mall; a corporate campus in downtown Oklahoma City, OK; the Ellipse south of the White House; an open space in Cody, WY; redesigned streetscapes in New York City's Financial District and along the Hudson River; a temporary art museum in Kowloon, Hong Kong; a cogenerative power plant in Syracuse, NY; and many more.