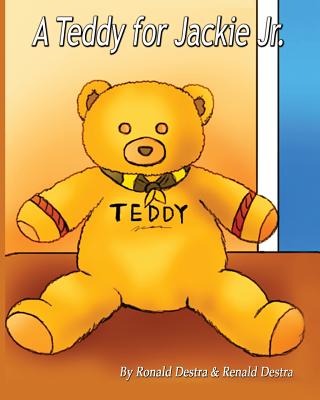 What is a miracle to you? If it's walking on water or turning water to wine then you need to reconsider and take a better look around you. For the mother and father of Jackie Junior, there had never been a more astounding miracle than their son.

You see Jackie Junior was born with a horrible spinal condition that prevented him from ever standing or walking. Doctors were absolutely certain that he was doomed never to walk, always to be diferent from anyone else.

But, to their surprise, Jackie was a fighter. All that was needed was for his parents to get him a teddy bear. But this teddy bear was specially made for Jackie and was a true refection of his parents' love for him.

This special connection that Jackie Junior and Teddy shared was exactly what ignited the fighting spirit in him, helping him take his first steps at the age of four. His parents and his doctors were not only amazed but were actually left speechless because they knew something like that was simply impossible.

Reading this animated book hopefully open your mind to this impossible world and show you that everything is possible if you just belive; if you just fight.

Jackie Junior was destined never to walk or stand. His doctors were more certain about his condition than the color of the night sky. But nothing in his life is certain and nothing is final

So pick up this great book and read it to your little angel He or she will definitely appreciate the unique message as well as the promising ending.