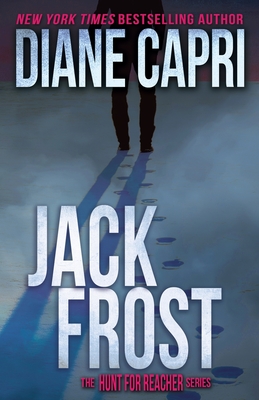 The next gripping Hunt for Jack Reacher Thriller

The last time Jack Reacher passed through South Dakota, almost everyone close to him was savagely murdered.

Some say Reacher killed them. Maybe he did.

A ruthless gangster. Imprisoned at the Bolton Federal Correctional Facility.

Police and witnesses ruthlessly murdered as he barrels across frosty South Dakota.

Now, FBI Special Agent Kim Otto lands in the middle of the gangster's desperate escape to freedom. She joins law enforcement to recapture the brutal felon before he disappears forever.

She wanted a new partner and now she's got one.

William Burke, an ex-SEAL formerly assigned to the Hostage Rescue Team, should have been the answer to all of her problems.

But Burke's got a cloud on his record.

Can she trust him?

61 Hours was almost the death of Jack Reacher. Jack Frost might finish the job.

"Full of thrills and tension, but smart and human, too. Kim Otto is a great, great character - I love her." Lee Child, #1 World Wide Bestselling Author of Jack Reacher Thrillers including Blue Moon and The Sentinel.

"Diane writes like the maestro of the jigsaw puzzle. Sit back in your favorite easy chair, pour a glass of crisp white wine, and enter her devilishly clever world." David Hagberg, New York Times Bestselling Author of Kirk McGarvey Thrillers