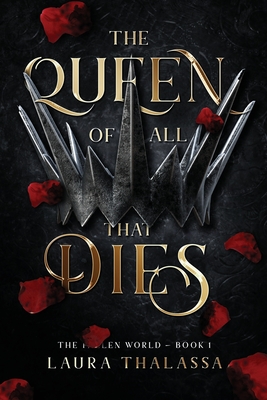 In the future, the world is at war.

For the last decade, King Lazuli of the Eastern Empire has systematically taken over the world. No one knows much about him other than a series of impossible facts: he cannot die, he has not aged since the conflict began, and he wants to rule the world.

All Serenity Freeman has known is bloodshed. War has taken away her mother, her home, her safety. As the future emissary of the Western United Nations, the last autonomous region of the globe, she is responsible for forging alliances where she can.

Surrender is on the horizon. The king can taste it; Serenity feels it deep within her bones. There is no other option. Now the two must come face to face. For Serenity, that means confronting the man who's taken everything from her. For the king, it means meeting the one woman he can't conquer. But when they meet, something happens. Cruelty finds redemption.

Only in war, everything comes with a price. Especially love.