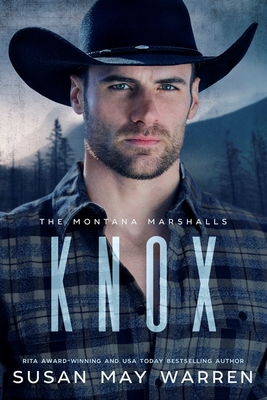 By Susan May Warren


This title is likely unavailable. Email or call for price and availability.
Montana rancher Knox Marshall's danger years are behind him. A former bull-rider, he now runs the Marshall family ranch, raising champion bucking bulls for the National Professional Bullrider's Expo (NBR-X). Wealth and success are his, but life is stable, expected, and...ordinary. He can't help but wonder if his best years are behind him. Kelsey Jones just wants a safe life, a family, a home. Onstage, the beautiful rising star of the Yankee Belles becomes the person she longs to be - vivacious and confident - burying the brokenness she carries from a violent assault. Becoming NBR-X's next country act is key to outrunning her past and achieving the success and security she craves. Knox and Kelsey's paths collide when an explosion at an NBR-X event traps them in the rubble and leaves them reeling. Kelsey's crippling nightmares return, but for Knox, an obsession to find the bomber is ignited. When Kelsey's past threatens Knox's family, he'll have to choose between saving the Marshall legacy or becoming the protector he's always longed to be. The explosive beginning to the Montana Marshall series.

Susan May Warren is the USA Today best-selling, Christy and RITA award-winning novelist of over 65 novels. An eight-time Christy award finalist, a three-time RITA finalist, she's also a multi-winner of the Inspirational Readers Choice award, and the ACFW Carol Award. A seasoned women's events speaker, she's a popular writing teacher at conferences around the nation and the author of the beginning writer's workbook: The Story Equation. She is also the founder of www.MyBookTherapy.com, and Novel.Academy, a school for aspiring novelists. You can find her online at www.susanmaywarren.com.