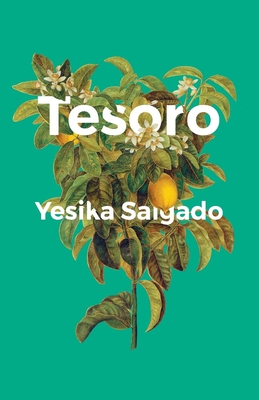 
Available in Warehouse. Wait for Email Confirmation for ETA
This book cannot be returned, cancelled, or exchanged. Please call for availability and pricing
Tesoro is a story of family, survival, and the formative power of the women in Salgado's life. It is a telling of the balance between love and perseverance. Tesoro is an unearthing of the sacred connections that make a person whole; the treasure we forever keep with us when we learn from those we love, when we mourn those we've lost, and what grows in between.
Yesika Salgado is a Los Angeles based Salvadoran poet who writes about her family, her culture, her city and her brown body. She has shared her work in venues and campuses throughout the country. In the last four years she self published three collections of poetry titled The Luna Poems, WOES and Sentimental Boss Bitch. She is a member of the 2014, 2016 and 2017 Da Poetry Lounge Slam Team. Her work has been featured in Latina Magazine, Univision, Vibe Magazine, Huffington Post, BuzzFeed, TEDx and many other digital platforms. Yesika is the Co-founder of the Latina feminist collective Chingona Fire and an internationally recognized body positivity activist.