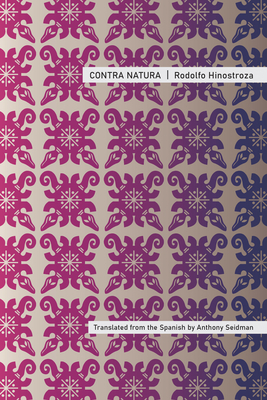 The work of Rodolfo Hinostroza carries us into a world of physical & spiritual poetry at its limits & beyond: a further gift from the Southern continent in line with the likes of Vallejo, Huidobro & Neruda, & no less powerful for all its late emergence. For those of us who want & need the fullness of a poetry unfettered, CONTRA NATURA takes its place as one of our new essentials--a ripeness & overabundance for which I'm truly grateful.--Jerome Rothenberg

The publication of CONTRA NATURA, by the Peruvian poet Rodolfo Hinostroza in 1971--after having obtained the prestigious Maldoror Prize (1970), awarded by Barral editions, and judged by Octavio Paz--signified a major transformation in Latin American poetry, and in Spanish-language poetry at large. The book arrived with major expectations, garlanded with the same enthusiasm for other works within the great Western tradition ad portas of the XXI century. And indeed, CONTRA NATURA--now in its first-ever presentation for the Anglophonic world, as translated by Anthony Seidman--proves to be the most influential book of poetry written in Spanish, on both sides of the Atlantic.--Roger Santiv ez