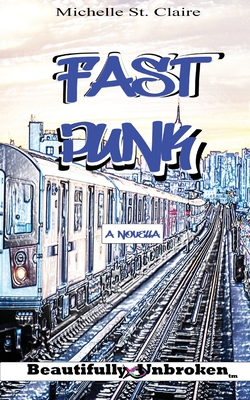 This is book number 11 in the Beautifully Unbroken series.

"But life doesn't have to break you, kid. It can make you instead. My mother chose a different route, a better route. Rosie. Me. Mickey. Pete. Francie. We all chose different routes that made us, man. We took those tough trials and made somethin' better out of it. We became better people in our own way. We used all those trials to teach us good lessons about discipline and love and forgiveness and stuff. In a way, we all got a little of piece of God's wisdom."

Fast Punk reads as a heartfelt letter from an uncle to his long-lost nephew. In his own casual, street-wise voice, Uncle Omar

expounds upon the glory and beauty of God's wisdom found in discipline and keeping the faith. He chronicles his rise to fame as the lead singer of a 1970s NYC band and the tragic consequences he suffered from his mistakes.