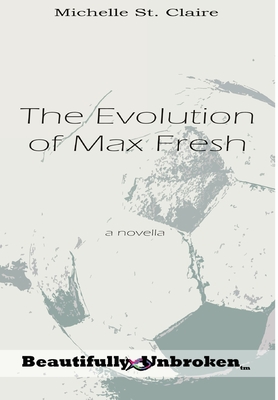 This is book number 3 in the Beautifully Unbroken series.

Max sighed. Everything Dr. Henry said was right. He realized that perhaps it was his mother's spirit he saw in his dream, telling him to go on, to be reborn in God. Max was truly alone now but he decided he had to try to go on. He decided to put his faith in God, to trust Him with the little trust he had left, to believe that God could transform his life into something possibly better than it ever could be. Max recalled his father's warning to him, that one day he would have to do something he did not want to do.Standing up, Max wiped his face and looked sternly at Dr. Henry. "For my father, my mother, my brothers, for Alphonso and Coach Fritz, and...for God," he said. "I'll go on."****The Evolution of Max Fresh follows a former teen soccer star during the days after a devastating earthquake hits a small Caribbean island. Though Max endures both physical and emotional pain, he eventually experiences the miracle of rebirth as described in 1 Peter in the Christian bible, where he is born again through the living and enduring word of God.