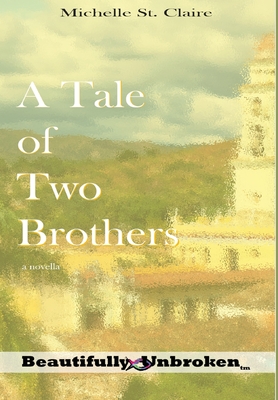 This is book number 7 in the Beautifully Unbroken series.

But as he aged, Willard realized there was more to the crucifix than he had initially saw. The more Willard looked at it, the more he found himself questioning why; why a person would take such a blow; why a person would take such humiliation and degradation; why a person would stand to be murdered in such a horrific way. Willard focused on the images of blood staining His face, the tear and rip in His hands and feet, the wound in His side, the sorrow in His eyes.As the multi-colored moonlight glowed around the altar, Willard suddenly comprehended the answer to his inner questions in ways he had not understood before. Overjoyed at his sudden epiphany, Willard turned to his brother who had since finished praying and was now nodding off. ****A Tale of Two Brothers follows the life of two twin teen brothers in the midst of family strife, parental divorce, and the threat of sibling separation. The twins discover the remarkable power of prayer as described in the Gospel of Matthew in the Christian bible. After praying to God in secret, God secretly reveals to them an ingenious idea that ensures they remain together.