Shapes from Out of Nowhere: Ceramics from the Robert A. Ellison Jr. Collection (Hardcover) 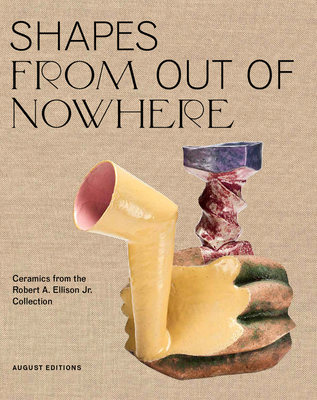 A comprehensive overview of 20th-century non-representational ceramics from the earliest years of the modernist revolution to the postwar period through to the present, Shapes From Out of Nowhere features an unparalleled gathering of over 150 works from New York City-based collector Robert Ellison. It explores the featured artists' rejection of symmetrical, utilitarian forms in clay in favor of the sculptural and abstract, and challenges the boundaries between function, non-function, design, drawing, painting, sculpture and architecture. Built over a period of 40 years, this singular collection reflects the personal and discerning eye of a collector focused on the exploration of shape and form.