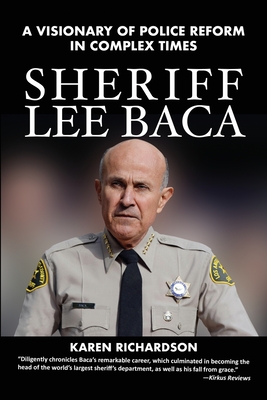 Nonconformist former Los Angeles Sheriff Lee Baca exemplifies how one can overcome adversity through grit, faith, and education and offers hope for improved relations between law enforcement and disenfranchised communities.

Sheriff Lee Baca explores the complicated history of law enforcement and race relations in Los Angeles-the Zoot Suit, Watts, and Rodney King riots-juxtaposed against the life and career of the four-time-elected sheriff.

Abandoned by his undocumented mother and raised by his grand-parents in an East Los Angeles barrio, where he cared for his disabled uncle, it seemed inconceivable that Baca would one day command the largest sheriff's department in the country and earn the respect of national and world leaders.

With his honorable service to the Los Angeles County Sheriff's Department from 1965 to 2014 too often overshadowed by sensational headlines and soundbites, few know of the far-reaching and enduring innovations Baca brought to law enforcement, including unprecedented transparency; education-based incarceration; public-trust policing; global outreach; the recruitment of women, LGBTQ+ people, and people of color; and more.

At a time when communities are considering defunding police departments and district attorneys fail to prosecute, Sheriff Lee Baca is a timely must-read.