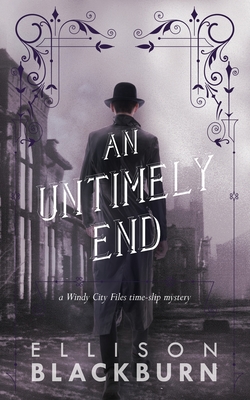 By Ellison Blackburn
$18.19
Usually Ships in 1-5 Days
This book cannot be returned, cancelled, or exchanged.

On October 8, 1871, a fire broke out in a barn on the South Side of Chicago. Over the course of the next three days, the booming industrial metropolis suffered tragedy after tragedy. Thousands of lives were lost, and the windy city itself was left in ruin. But another strange event occurred that first fateful day; the St. Clairs of the Clarion Division arrived from the future.

Now, a year since the catastrophe, River, the district's coroner, and her brother Archer, the police inspector, are on the hunt for a murderer, a monster. After all, who else would burn a man alive? In Chicago, no less.

Regardless of the horrors the investigation renews, the St. Clairs are duty-bound to seek justice. It's what they do; that much hasn't changed. They will find Aubrey Milner's killer and maybe lay to rest a ghost or two of their own.

With a cast of quirky characters and an intriguing who-dun-it with a hint of romance, fans of female sleuths, steampunk, and time-travel mysteries will enjoy the Windy City Files series.

Get to know the Chicago St. Clairs today.