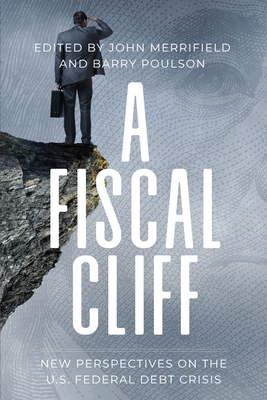 
This title is likely unavailable. Email or call for price and availability.
The unsustainable, and still rapidly growing, U.S. federal government debt is a classic case of ''in denial." Despite numerous congressional committees, bipartisan commissions, and votes, we are no closer to a solution to the debt crisis than we were more than a decade ago. In fact, in 2018, a congressional committee was appointed to recommend budget process reforms, but that committee could not agree on any recommendations to submit to Congress.In this timely volume, scholars and policymakers assess the United States' fiscal constraints and provide new perspectives that are desperately needed in order to solve the nation's debt crisis. Previous recommendations focused on the outcomes of fiscal policy but perhaps we should take a step back and ask whether the fiscal and budget process rules themselves should be reformed. The essays in A Fiscal Cliff suggest that "unless we reform our fiscal rules and institutions, we are not likely to solve the debt crisis and restore sustainable fiscal policies." While the dominant sentiment is that maybe if we ignore it, it will just go away, the debt crisis will not just vanish. A Fiscal Cliff is a timely addition to a critical policy discussion.
JOHN MERRIFIELD is professor emeritus of economics at the University of Texas at San Antonio. He co-edits the Non- Partisan Education Review and is the president of the nascent Institute for Objective Policy Assessment (www.objectivepolicyassessment.org). He earned a PhD in economics from the University of Wyoming in 1984. Professor Merrifield has authored 5 books, co-edited 3 more, and published 56 peer-reviewed journal articles and has written multiple chapters in edited volumes concerning topics as wide-ranging as education economics, urban and regional economics, environmental and natural resource economics, and public finance. BARRY POULSON is professor emeritus at the University of Colorado Boulder and a visiting professor at several universities, including the University of North Carolina; Cambridge University; and Universidad Carlos Tercera, Madrid, Spain. His main area of expertise is economic development and economic history. His current focus is on fiscal policies and fiscal constitutions. He was the vice chair of the State Treasurer's Advisory Group on Constitutional Amendments in Colorado. Professor Poulson is an adjunct scholar of the Heritage Foundation and senior fellow of the Independence Institute.