The Art of DreamWorks The Bad Guys (Hardcover) 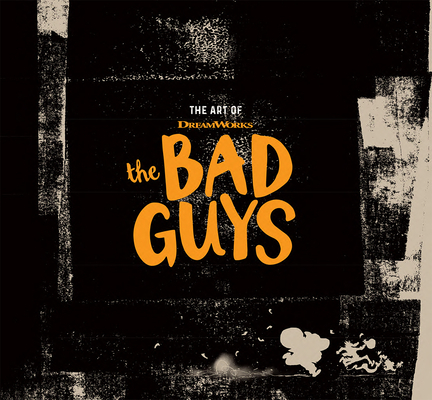 The Art of DreamWorks The Bad Guys (Hardcover)


This title is likely unavailable. Email or call for price and availability.
In the new action comedy from DreamWorks Animation, based on the New York Times bestselling book series, The Bad Guys tracks a crackerjack crew of criminal animal outlaws who are about to attempt their most challenging con yet—becoming model citizens. From DreamWorks’ visionary filmmakers, artists, and storytellers, the movie embraces a fresh, stylized, and illustrative approach to animation. This vibrant volume showcases the hundreds of paintings, drawings, and artwork created to help propel The Bad Guys to the big screen.
Iain R. Morris, author of DreamWorks’ A Field Guide to the Croods: A New Age, is the creative director at Cameron + Company and has worked in the entertainment industry for over twenty years. He has designed numerous movie “art of” books. His first was The Art of Star Wars: Episode II, and he has gone on to design books for Sony Pictures Animation, 20th Century Studios, Disney, Warner Bros., and of course, DreamWorks Animation, among many other companies. He lives and works in Northern California.
Sam Rockwell is an American actor. He has received an Academy Award, a BAFTA Award, a Golden Globe Award, three SAG Awards, and has two Emmy nominations.
Pierre Perifel is an Annie Award–winning filmmaker and animator. His previous films include Kung Fu Panda 2, Shrek Forever After, and Rise of the Guardians.