The Inn of Destiny (Paperback) 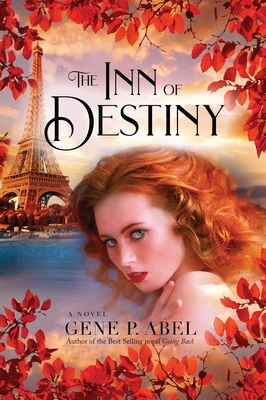 The Inn of Destiny (Paperback)


Available in Warehouse. Wait for Email Confirmation for ETA
When a couple’s most vivid or shocking dreams start to come true after a weekend getaway it changes the course of their lives forever.

Eager to re-ignite the passion in her marriage, Jackie plans a getaway weekend at a quaint inn in the Pocono Mountains with her husband Jerry. The weekend was just what they needed—the perfect combination of steamy romance and time to really connect away from the grind of their busy lives. During the getaway both are awakened after a series of strangely intense dreams. Jackie dreams about her romantic life, while Jerry’s foretell major economic shifts that impact global markets. While both are struck by the clarity of their dreams, they brush them off, move on with life as usual, and don’t discuss them with one another.

As time passes and they return to their lives in Princeton they are both shocked as the events of their vibrant dreams begin coming true -- altering their lives, their romance, and international incidents near and far.
Gene P. Abel brings a successful and diverse educational and professional background to his writing. Mr. Abel's formal education includes earning a bachelor of science degree in finance and a master of business administration. His thirty years as a highly successful business executive in both the private and public sectors overlay his thirty years' service as a commissioned officer in the United States Army and Army Reserve. After graduating as a Distinguished Military Graduate from Penn State, Mr. Abel spent five years on active duty as a Regular Army officer and twenty-five years as an Army Reserve officer, with such diverse assignments as nuclear weapons officer and finance officer. He completed the Army War College in 1985 and was awarded the Meritorious Service Medal on two occasions. Mr. Abel was nominated for brigadier general and retired from the US Army as a colonel.