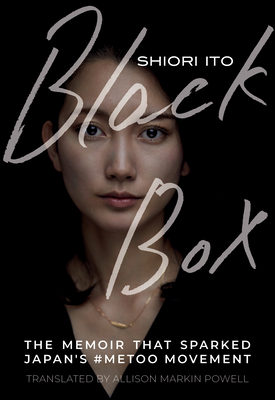 Black Box is a riveting, sobering memoir that chronicles one woman's struggle for justice, calling for changes to an industry--and in society at large--to ensure that future victims of sexual assault can come forward without being silenced and humiliated.

In 2015, an aspiring young journalist named Shiori Ito charged prominent reporter Noriyuki Yamaguchi with rape. After meeting up for drinks and networking, Ito remembers regaining consciousness in a hotel room while being assaulted. But when she went to the police, Ito was told that her case was a "black box"--untouchable and unprosecutable.

Upon publication in 2017, Ito's searing account foregrounded the #MeToo movement in Japan and became the center of an urgent cultural and legal shift around recognizing sexual assault and gender-based violence. As international outlets covered every step of her story--even documenting it in the BBC film Japan's Secret Shame--this book launched a societal reckoning. At the end of 2019, Ito won a civil case against Yamaguchi.

With careful and quiet fury, Black Box recounts a broken system of repression and violence--but it also heralds the beginning of a new solidarity movement seeking a more equitable path toward justice.

Shiori Ito (born 1989) is a freelance journalist who contributes news footage and documentaries to the Economist, Al Jazeera, Reuters, and other primarily non-Japanese media outlets. In 2017 she published Black Box about her own experiences as a rape survivor, making her one of the few women in Japan to speak out against sexual assault. In 2020, she was named one of TIME's Most Influential People of the year. Allison Markin Powell has been awarded grants from English PEN and the NEA, and the 2020 PEN America Translation Prize for The Ten Loves of Nishino by Hiromi Kawakami. Her other translations include works by Osamu Dazai, Kanako Nishi, and Fuminori Nakamura. She was the guest editor for the first Japan issue of Words Without Borders, served as cochair of the PEN America Translation Committee, and currently represents the committee on PEN's Board of Trustees. She maintains the database Japanese Literature in English and lives in New York.