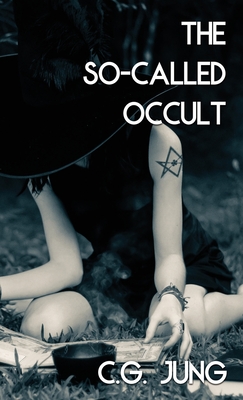 In 1900, Helene Preiswerk fell madly in love with her cousin, a handsome med student named Carl Gustav Jung. "She is slenderly built, face rather pale, eyes dark with a peculiar penetrating look," he wrote of her. "She has no serious illnesses. At school she passed for average, showed little interest, was inattentive. As a rule her behavior was rather reserved, sometimes giving place, however, to exuberant joy and exaltation. Of average intelligence, without special gifts, neither musical nor fond of books, her preference is for handwork-and day dreaming."

But Jung's relationship with Helene was changed forever on a dark August night, when the young doctor humored her by attending a seance she was holding, only to be stunned when "she became very pale, slowly sank to the ground, shut her eyes, became cataleptic, drew several deep breaths, and began to speak." From her mouth emerged the voices of the dead and the star-dwellers, weaving fantastic tales of "secret and open love-affairs, with illegitimate births and other sexual insinuations."

So began a torrid drama of hauntings, gnostic arcana, "witch-sleeps," and "delicious bliss" that unraveled into obsession and tragic ruin. From these ashes Jung fashioned his M.D. dissertation, On the Psychology and Pathology of So-Called Occult Phenomena, a faithful recounting of his niece's decent into mania and her increasingly desperate attempts to keep his attention with ever grander seances. This oft overlooked treatise launched the 25-year-old doctor's career as the world's most celebrated Archetypal Psychologist-but lurking between its lines of objective analysis is evidence of a libidinous game being played between two lonely people, fascinated with the mirror self they discover in the other.