Science, Being, & Becoming: The Spiritual Lives of Scientists (Paperback) 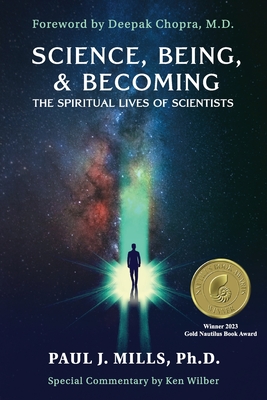 Science, Being, & Becoming: The Spiritual Lives of Scientists (Paperback)

Spirituality is the Final Frontier for Science

Contrary to popular belief, not all scientists are materialists fervently discounting the spiritual. Science, Being, & Becoming is about the spiritual lives of scientists, their actual transpersonal, metaphysical and mystical experiences. The book's material is derived from intimate interviews with over 30 scientists as they describe the circumstances under which they had the experiences and how those experiences changed their consciousness, transformed their belief systems about the nature of the world, and changed their scientific work.

This groundbreaking book makes it evident that the long-standing divide between science and spirituality has not served us well and in fact continues to have significant adverse consequences for us all. Fortunately, many scientists no longer recognize that divide and are helping science to now fulfill its intended promise to discover and understand all of life, including our deep spiritual nature.

The book is an invitation to the public, to citizen scientists, and to professional scientists to reject the materialistic worldview of modern science, which despite the many technological advances it has provided us all, has supported the worldview of duality and separation amongst peoples and with the earth.

In addition, in the opening Special Commentary, Ken Wilber shares his integral wisdom about the coevolutionary development of our spiritual and human natures.

In the Foreword, Dr. Deepak Chopra sets the stage for the book with his discussion of science, scientists, materialism and the spiritual.

The book describes a new path to embrace, one with the perspective of the unity of our existence and to embrace the path of consciousness development. The book's vision is that science will eventually fulfill its promise and become an instrument to help support the spiritual awakening of humanity and bring to fruition the vision a more harmonious life here on the earth.

The stories in this book help us understand that the spiritual is the final frontier for science.