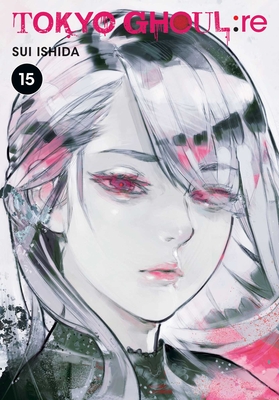 This is book number 15 in the Tokyo Ghoul: re series.

Trapped within the body of the monster he unwittingly transformed into, Kaneki is forced to reexamine his past as he struggles to regain consciousness. Meanwhile, Touka manages to locate her husband within the bulk of the monster, but releasing Kaneki has the unintended, terrifying consequence of awakening an army of smaller monsters!
Sui Ishida was born in Fukuoka, Japan. He is the author of Tokyo Ghoul and several Tokyo Ghoul one-shots, including one that won him second place in the Weekly Young Jump 113th Grand Prix award in 2010. Tokyo Ghoul began serialization in Weekly Young Jump in 2011 and was adapted into an anime series in 2014.