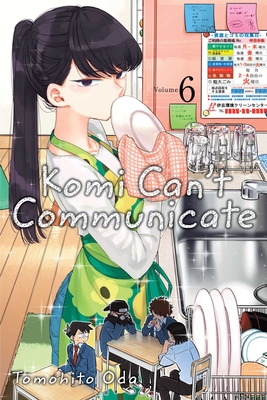 
Available in Warehouse. Wait for Email Confirmation for ETA
The journey to 100 friends begins with a single conversation.

Socially anxious high school student Shoko Komi’s greatest dream is to make some friends, but everyone at school mistakes her crippling social anxiety for cool reserve. Luckily she meets Tadano, a timid wallflower who decides to step out of his comfort zone in order to help her achieve her goal of making 100 friends.

Komi and her friends had an eventful culture festival, so Najimi suggests that they all go to karaoke to finish off the day with a song. Komi loves hanging out with everyone, but the stress of worrying about singing in front of them is threatening to ruin the whole outing for her. Can Komi find a way to overcome her fear, or will karaoke end in misery?
Tomohito Oda won the grand prize for World Worst One in the 70th Shogakukan New Comic Artist Awards in 2012. Oda’s series Digicon, about a tough high school girl who finds herself in control of an alien with plans for world domination, ran from 2014 to 2015. In 2015, Komi Can’t Communicate debuted as a one-shot in Weekly Shonen Sunday and was picked up as a full series by the same magazine in 2016.