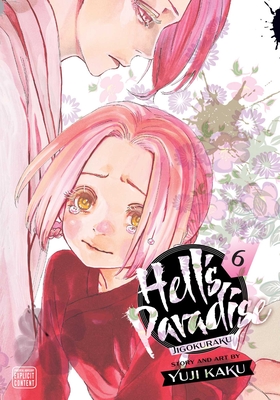 This is book number 6 in the Hell’s Paradise: Jigokuraku series.

Even an invincible ninja may not be able to survive Hell’s Paradise!

The two fiercest warriors—Gabimaru the Hollow and Aza Chobe the Bandit King—finally cross paths and come to blows. These two men are evenly matched and utterly lethal…which means that their duel will be one for the ages!
Yuji Kaku debuted as a mangaka in 2009 with the one-shot “Omoide Zeikan” (Memory Customs), which won honorable mention in the 14th Jump SQ Comic Grand Prix. He went on to write several other one-shots before beginning his first series, Fantasma, which ran in Jump SQ from 2013 to 2014. Hellʼs Paradise: Jigokuraku is his second series.