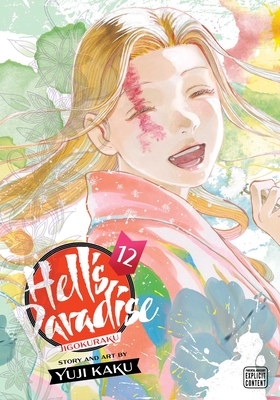 
Available in Warehouse. Wait for Email Confirmation for ETA
Even an invincible ninja may not be able to survive Hell’s Paradise!

As the powerful ninja Shija flips between wanting to kill and wanting to be Gabimaru, the rest of the survivors fight for their lives! Safety is within reach, and all they need to do is overcome one final obstacle and secure their escape. But when the true purpose of the experiments performed on the island is revealed, everything descends into utter chaos.
Yuji Kaku debuted as a mangaka in 2009 with the one-shot “Omoide Zeikan” (Memory Customs), which won honorable mention in the 14th Jump SQ Comic Grand Prix. He went on to write several other one-shots before beginning his first series, Fantasma, which ran in Jump SQ from 2013 to 2014. Hellʼs Paradise: Jigokuraku is his second series.