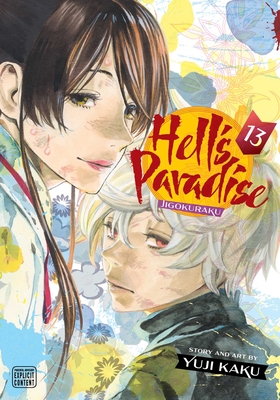 
Backordered - ETA Unknown
Even an invincible ninja may not be able to survive Hell’s Paradise!

Rien’s master plan spells disaster for not only everyone on the island, but everyone on the mainland as well! A mission that began with a search for immortality may end with widespread death and destruction unless the survivors on the island can somehow vanquish what remains of Lord Tensen. Gabimaru will do anything to return to his wife in the conclusion of Hell’s Paradise: Jigokuraku!
Yuji Kaku debuted as a mangaka in 2009 with the one-shot “Omoide Zeikan” (Memory Customs), which won honorable mention in the 14th Jump SQ Comic Grand Prix. He went on to write several other one-shots before beginning his first series, Fantasma, which ran in Jump SQ from 2013 to 2014. Hellʼs Paradise: Jigokuraku is his second series.