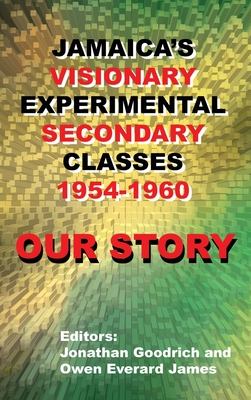 Equal opportunity for children to access "good education" has to be one of the primary obligations of any government. In a developing country like Jamaica, such opportunity is tantamount to ensuring the country's viability if not its very survival. OUR STORY is a collection of first-person narratives by graduates of one of the most visionary and effective yet undocumented experiments in the history of secondary education in the English speaking Caribbean. The poetic prose of graduate Trevor Thomas highlights this shortcoming: "A brilliant meteor had streaked across the bleakness of Jamaica's education landscape, briefly illuminating its dark canopy, but attracted scant attention, and the remains were unceremoniously buried without headstone or epitaph."

The observation of Prof. Emeritus, the Hon. Errol Miller, OJ, CD, Ph.D., DLL (Honoris Causa), an internationally recognized scholar on the subject, further emphasizes the sentiment in his exceptional Foreword: "Our Story recounts and reflects upon a unique chapter in the history of Jamaican secondary education told sixty-seven years after it began and sixty years after it ended by some students who assess its impact on their lives."

Although OUR STORY focuses on the period 1954-1960, it directly references critical antecedents as well as pivotal outcomes from the period, especially in the area of Education Policy. The revolutionary role of the Hon. Edwin Leopold Allen, the then Minister of Education who envisioned and implemented the Experimental Secondary Classes, and the notable teachers that were the definitive agents of the success of the endeavor are recognized. The inextricable connection between the Classes and the broader history of Secondary Education in Jamaica is boldly clarified in the volume.

OUR STORY references Jamaica's political, economic, and cultural history as these unfolded during the period immediately preceding and immediately following, national Independence in 1962. The absence of the story of the Classes from the larger narrative of secondary education in Jamaica substantiates a void in the history that should be addressed. This history and the related influence of the imposed, traditional, generally elitist, and highly discriminatory, imposed British system of education are well known and documented. This history is therefore not the main driver of this effort. Instead, the effort is driven by the realization that the Experimental Secondary Classes have not received the recognition and credit that they unquestionably deserve.

The historical linkages with our own stories demand that we acknowledge the nature, cause, consequences, and relevance of the international protests instigated by the worldwide recognition of systemic discrimination against people of color. It would be irresponsible not to do so. The common origins, direct relevance, and impact on how we may view our own heritage, and the future of the land of our birth are inescapable. Notably, the protests are in direct response to historical inequities in the opportunity to access crucial socio-cultural prerequisites such as education, justice, and the benefits that generally accrue from a clearly flawed, artfully marketed participatory economy that is extensively dependent on the education status of participants.

Hopefully, as the stories are told and read, the telling will not be in vain.