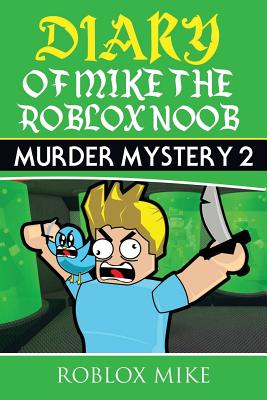 
Available in Warehouse. Wait for Email Confirmation for ETA
This book cannot be returned, cancelled, or exchanged. Please call for availability and pricing
Discover Roblox World With Mike the Roblox Noob Mike is very new on the server, and he does not understand the rules that are in this world. He falls prey to the murderer several times before he understands how to survive in the highly aggressive world that he is exposed to. You will see how hard Mike tries to make friends who can help him survive, only to be taken as if he is a murderer. The following chapters are an account of how Mike the Roblox Noob takes a journey through the Murder Mystery 2 Server. It depicts his challenges on how he goes through different aspects of the game, as he tries to survive in the interesting game of discovering the murderer and evading death for the time period that Mike is in the game. Mike also narrates how he creates friendships in the game, how he is betrayed by one of his close friends. The journey on his first day to his last day in this server has many twists and turns that will expose you to Mike's world of adventure. When you are done with this book, you are going to be able to play Roblox in a fun way. Join in on Mike's fun adventures as he discovers who he can make friends, find ways of surviving the world of the murderer and the sheriff. Do Not Wait Any Longer And Get This Book For Only $8.99