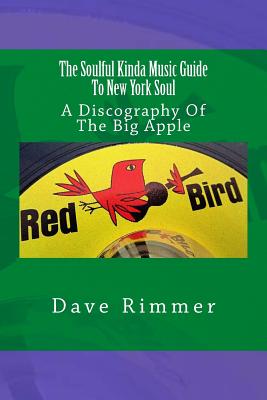 
Available in Warehouse. Wait for Email Confirmation for ETA
This book cannot be returned, cancelled, or exchanged. Please call for availability and pricing
New York, from the swooping sounds of Doo Wop, and the grittier sounds of R & B, the Big Apple had it all. And as the 1960's dawned a certain style was developing in New York. Some of the best songwriters and arrangers in the world lived and worked in the city. This coupled with some truly gifted singers created what has become known as the Big City Soul Sound. Suave, sophisticated and Soulful, it's a style that is still revered today by all aficionardo's of quality Soul music. The big players in the city were the Atlantic / Atco group, closely followed by the Scepter / Wand group. There were also the smaller labels, and the artists that didn't make more than one record. The book pulls it all together in a feast of discographical information.