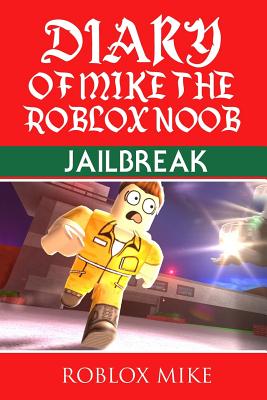 
Available in Warehouse. Wait for Email Confirmation for ETA
This book cannot be returned, cancelled, or exchanged. Please call for availability and pricing
Discover Roblox World With Mike the Roblox Noob In this book, you are going to step into the world that Mike has created which revolves around him and those that he finds in prison as they try to find their escape route out of it without being killed by prison guards. Mike, who has been wrongly charged with murder, is jailed in a prison server called Jailbreak. He has no idea on how prison life is and he experiences a really hard time in his first few days in there. He tries to survive in prison because riots happen almost all the time. Mike tries to escape numerous times, but things don't work out as he plans. As much as he fails, he tries to make allies who can help him escape from the jail. It's always best to make the most out of opportunities. Join in on Mike's adventure in prison, as he tries numerous ways to get out of it, all thanks to a little game called Roblox. Roblox has made it possible for gamers to customize their experience by using different features of the game that can be enjoyed by different players at the same time. Jail Break is a game that lets a player like Mike learn how to use their wits to escape the jail, at the same time, trying to escape the danger of being shot down by prison guards. Do Not Wait Any Longer And Get This Book For Only $8.99