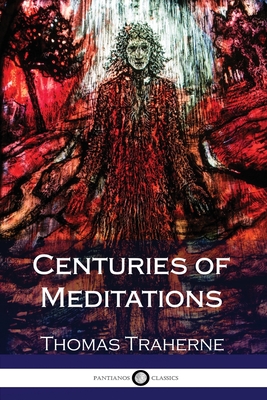 
This title is likely unavailable. Email or call for price and availability.
Centuries of Meditations is a devotional manual from the English literary Thomas Traherne; undiscovered for over 200 years, this manuscript was published in the early 20th century.
During his lifetime Thomas Traherne was primarily famed for his verses, which gained a fair degree of recognition among readers of his era. A deeply religious man, Traherne embarked on reflections pertinent to Christian faith, such as the soul of man, and how believers attain closeness with the Lord God. A naturalist, Traherne frequently alludes to the beauty and harmony of nature which he viewed as the pure and untrammeled embodiment of God's creation.
Centuries of Meditation is a compilation of devotional thoughts, arranged into five distinct centuries. At times contemplative, at times resemblant of a sermon, we find here Traherne at his most poignant. The nature of man's soul and its connection to the divine, sees the author take on mystical and deeply thoughtful lines of expression. Occasionally, we glimpse Traherne's appreciation for the Platonic philosophies, married with his great respect for the natural world.
For more than 200 years Traherne's non-verse writings, plus some of his poetry, faded into obscurity. It was only due to the efforts and researches of publisher and researcher Bertram Dobell that Centuries of Meditations came to light and were eventually attributed to the correct author. After arranging and lightly editing the texts, Dobell published them; Traherne thus gained renewed appreciation among scholars and the Christian laity alike.